Hi, what are you looking for?

Scam or revolution? The inexorable creep of non-fungible tokens (NFTs) into videogames has polarized an ongoing debate in the cryptocurrency and gaming worlds. (Neither of whom tend to be shy about sharing their opinions online.) But while some of the more ambitious claims made by NFT’s promoters seem unlikely to pan out, the technology could still shake-up the relationship between gamers and developers.

NFTs build on the same underlying blockchain technology as cryptocurrencies, but while any two bitcoins can be exchanged like-for-like, each NFT is unique. These tokens can therefore be used as a certificate of ownership for digital items, which is both easily verifiable and impossible to fake thanks to the cryptographic underpinnings of blockchain technology. The technology hit the mainstream last year and since then NFTs linked to digital images, GIFs, videos and tweets have been going for millions of dollars apiece, with total sales in 2021 topping $25bn.

But while the NFTs themselves are unique, the digital items they assert ownership over can be easily copied or downloaded. This has led to claims they have no inherent value and the market is driven by speculation. Their environmental impact has also been criticized due to the processing requirements of some blockchains, although more eco-friendly options do exist.

NFT advocates “get wrapped up in the technologies of ownership and how markets will work. That’s just not the source of value in games.”
—Edward Castronova, Indiana University

More recently, the technology has been muscling into the game industry with both a new breed of blockchain game companies and established developers extolling their virtues. NFTs might seem like a more natural fit for gaming than digital art as they can be attached to unique in-game items—such as outfits or weapons—which can actually be used by their owners and are not easy to copy in the way a JPEG is. So far the reaction from gamers has been largely hostile though, with many criticizing the technology as way to extract more money from players. But advocates say it gives gamers a way to truly own their digital items and sell or trade them, without being beholden to the whims of a particular app store or game publisher.

“They’re the perfect vehicle to store unique game data that players should be able to own and use, potentially across other experiences,” says Aleksander Larsen, the co-founder of Sky Mavis, which produces popular NFT game Axie Infinity. As gamers play various titles they can accrue NFTs linked to costumes, weapons, characters and achievements, he says, which they can either decide to sell on once they are done with a game or retain as unique collectibles.

By linking game items with the wider blockchain ecosystem, NFTs also give developers instant access to powerful financial capabilities, says Larsen. Some games have leaned into this to create a new gaming model known as “play-to-earn” with Axie the poster child for the approach. Players buy NFTs of monsters that can be battled against each other to earn cryptocurrency or bred to create new NFT monsters to sell or rent out to other players. Sky Mavis takes a cut of all transactions, but Larsen says the approach allows gamers to capture some of the value created in the virtual world. “We’re trying to make the pie bigger by sharing parts of the revenue,” he says.

Despite the excitement though, Edward Castronova, a professor of media at Indiana University Bloomington who specializes in the economies of virtual worlds, says there’s nothing especially new about these ideas though. Games like World of Warcraft and Runescape, among others, have long allowed players to trade valuable in-game items, and while they don’t have direct routes to monetization, third party sites make it possible to buy and sell loot for real money.

Xavier Coelho-Kostolny, a 3D character artist, compares the NFT-gaming craze to taking a cup holder from a BMW and trying to put it in a Honda Civic.

The technology would improve the transparency and security of these in-game economies, while providing easier access to sophisticated trading features, says Castronova. But he thinks it’s an incremental improvement at best. And while NFTs could potentially enhance already entertaining games, he thinks more often than not they’re a distraction that causes developers and investors to lose sight of what matters to customers.

“They get wrapped up in the technologies of ownership and how markets will work”, he says. “That’s just not the source of value in games.” People play games to have fun, he says, and unless adding NFTs improves the gameplay, they aren’t adding any real value. The failed attempt to introduce an auction house into the game Diablo III, which allowed payers to sell items for real money, demonstrates how trading dynamics can easily make a game worse rather than better.

One of the most alluring claims made by proponents of NFTs in games is that they could potentially facilitate the transfer of in-game items between different titles. This was one of the justifications for Ubisoft’s poorly-received release of a collection of NFTs for its Ghost Recon Breakpoint game.

But while in principle, NFTs are a good way to manage ownership across separate gaming ecosystems, the technical challenge of actually transferring items between them means its little more than a pipe dream, says Xavier Coelho-Kostolny, a 3D character artist at Magnopus, who has worked on triple-A games. He compares it to taking a cup holder from a BMW and trying to put it in a Honda Civic. “The Honda Civic doesn’t have the structural supports, it doesn’t have the general shape, the materials are all wrong, it’s probably going to look weird because the style of the cars are wrong,” he says.

But an NFT does give contributors to a crowdfunded game project something of immediate value that they can trade on the open market. That could still be significant.

Many game studios use bespoke software that differ in everything from 3D file formats, to how material textures are rendered to underlying physics. Unreal and Unity, the two biggest commercially available game engines, can’t even agree on whether up and down is denoted by the Y or Z axis, says Coelho-Kostolny. While there are efforts to build open standards for virtual worlds, they are still at an embryonic stage. The legal headaches involved in allowing one company’s intellectual property to appear in another company’s game would also be enormous, adds Coelho-Kostolny. And it’s far from clear what incentives exist for a developer to build support for an item it won’t make money from.

Larsen agrees interoperability between games is a distant dream, and he recognizes that NFT games can’t be all about the trading. A sizable proportion of Axie users play specifically to earn money, and that’s something they are trying to change. “We think the game needs to be more fun,” he says. “That’s the basis of anything to make it sustainable.” But he says that the excitement around NFTs has allowed the game to grow far faster than would have otherwise been possible, and he believes the approach presents a novel growth model for smaller developers. Giving people a way to take part ownership in a game also creates an entirely new dynamic between players and developers. “They are actually co-growing the game with you,” he says.

NFTs, in other words, provide a more flexible way for small developers to crowdsource funds, says Paul Gadihief, chief technology officer of OP Games. Rather than pledging some perk in return for Kickstarter donations from well-wishers that only be delivered on completion of the game, an NFT gives contributors something of immediate value that they can trade on the open market. The technology could even help create more concrete connections between players and developers through decentralized autonomous organizations, or DAOs. These are groups of people who collaborate on a project without a central hierarchy based on rules encoded in smart contracts on the blockchain. Decisions are made by votes and voting rights can be assigned based on NFT ownership. These could still be significant developments in gaming technology.

“What would games look like if games were collaboratively designed with the players?” says Gadi. “And what would it look like if the NFTs were used as a way to govern the game development?”

Content Optimization Tools Continue to Be of Importance, Says OnlineBusiness.com

Lash Studio in NJ Discusses: What to Expect at Your First Appointment 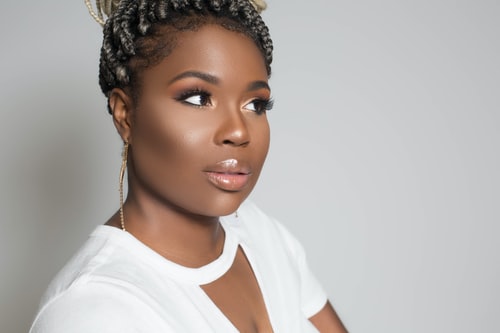 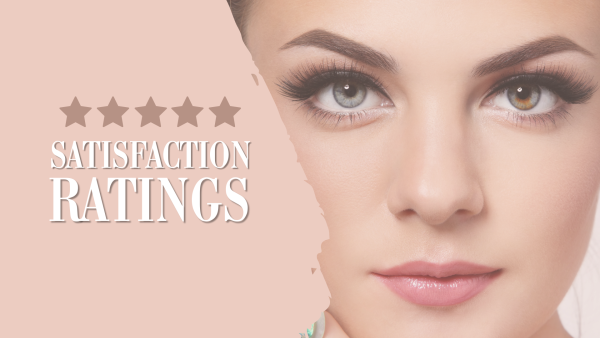 Expired Domain Names: How to Evaluate Them OnlineBusiness.com